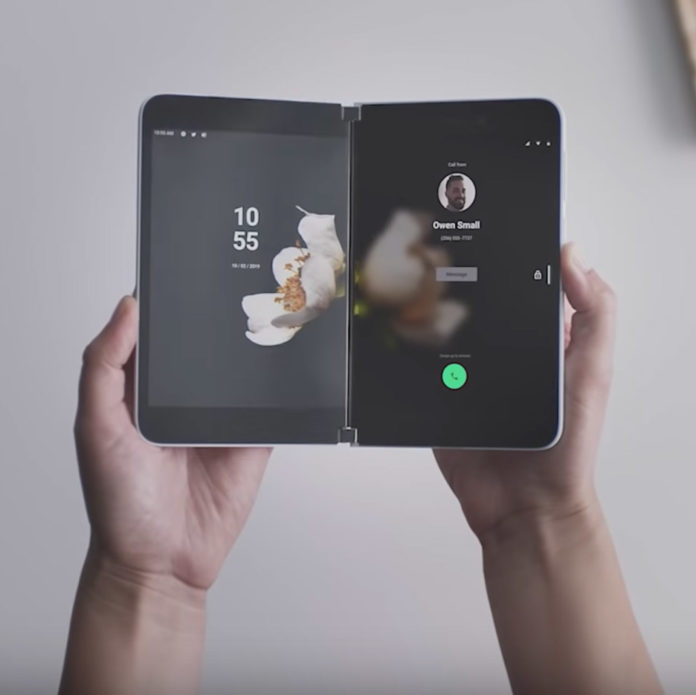 Microsoft is preparing to launch Surface Duo, its first foldable phone. Recently some leaks related to this phone have been revealed. The phone has been given many essential features such as a Snapdragon processor with a single rear camera and 256 GB internal storage.

The craze of foldable phones is increasing rapidly worldwide. In view of this, Microsoft has also decided to launch its two-screen phone in the market. The name of this foldable smartphone of the company is Microsoft Surface Duo. The company had informed about the launch of this phone in October last year. In a recent leak, some specifications of this upcoming phone from Microsoft have been revealed. Let’s know the details.

According to a report by Windows Central, the Microsoft Surface Duo has a 5.6-inch display with 1800×1350 pixel resolution. Snapdragon 855 SoC processor can be given in this smartphone coming with 6 GB RAM. Although some users may find this chipset outdated, the company had finalized it before the launch of its new processor.

The company can offer this phone in two storage variants – 64 GB and 256 GB. The phone has an 11-megapixel single camera for photography. According to some reports, Microsoft Surface Duo will get two AMOLED displays that come with 401 PPI. To give power to the phone, it has a 3460mAh battery, which comes with USB Type C fast charging.

It is being told that Microsoft Surface Duo will work on Android 10 OS. The company will also give it an Android 11 update soon. The company will decide next month which pre-installed apps the phone will come with. According to the information received so far, drag and drop support will be provided for both displays in this foldable phone.

Information about price and availability not found

There is no information currently about what the price of Microsoft Duo will be and in which countries the company will launch it first. Foldable phones from Samsung, Huawei, and Motorola already exist in the market. In such a situation, one can expect Microsoft to keep the price of its foldable phone around these devices.