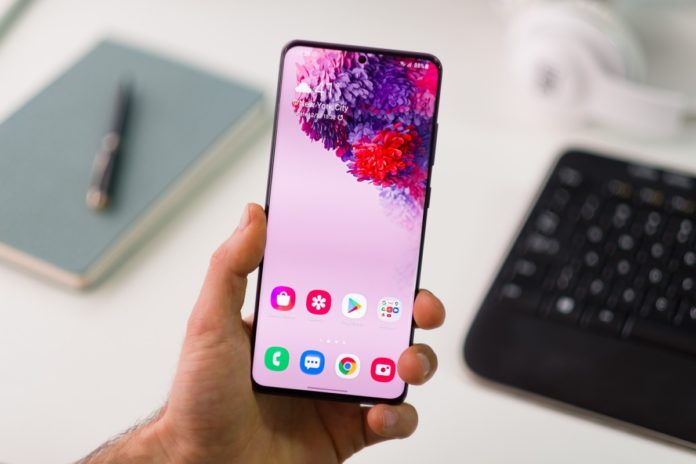 Samsung will launch its Galaxy Note 20 series in August. But information about the Note 20 series smartphones has just started coming. Now Samsung has made it clear that these phones will have the largest fingerprint sensor.

Every day, we are getting some news about Samsung’s upcoming series Galaxy Note 20. Now in an exclusive interview with YouTube channel Greggles TV, Samsung CEO of Display Chain Consultant Ross Yong has shared information about the features of the upcoming new smartphone. It is now revealed that the new Samsung Galaxy Note 20 smartphones will have the largest fingerprint sensor and 16 GB RAM.

The most important thing is that Samsung’s upcoming phone will have a second-generation Qualcomm 3D Sonic Max fingerprint sensor. This sensor is 17 times larger than the previous generation and can read two fingers at a time with faster speed.

The position of the front hole on the screen will not change and it will remain in the middle of the display. At the same time, the lower variant of the Galaxy Note 20 i.e. 6.42 inch in small screen phone, while 6.87-inch display panel will be given in Note 20 Plus. Ross gave this information in an interview.

According to Ross, the Galaxy Note 20 series, like the previous series, will be launched in early August, and sales will start within a month.

Earlier leaked reports had revealed that South Korean giants Galaxy Note 20 and Note 20+ are set to give 120 Hz refresh rate screens with better technology. Samsung will opt for an LPTO OLED panel to reduce battery consumption.