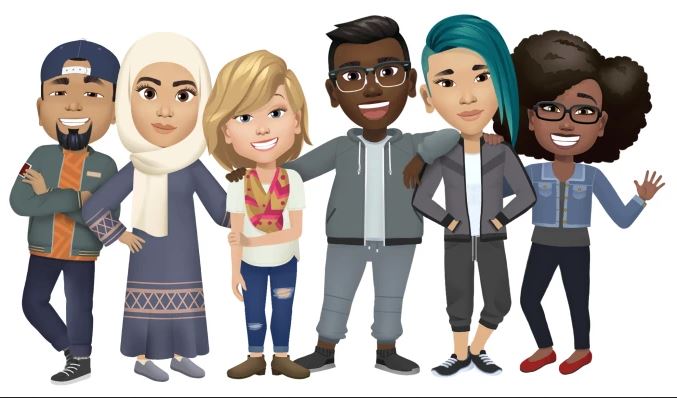 Users will be able to create their own 3D animated avatar

A new feature is being rolled out for users by social networking site Facebook. With the help of this feature named Avatars, users will be able to create their own 3D animated avatar and can also use the stickers created with this avatar while messaging them and in the comments section on the app. Currently, it has been rolled out for some users.

The Avatars feature has been rolled out by the social media platform Facebook. With its help, users will be able to design their own animated 3D characters and will be able to do the chatting. Millions of users in the United States have received this feature and can use their animated characters in the Messenger app or comments. If you want to create a mini avatar, then there are a lot of customization options in it.

Facebook’s new feature is similar to the Bitmoji found on Snapchat and Memoji on Apple iPhone. Making your avatar will be available in the latest app update, for now, it has not been rolled out for all users. To use the avatar on Facebook in the Messenger or Comment box, users have to tap on the sticker button shown with the text box. If you are getting this option, then ‘Make your Avatar’ will be shown.

Will be able to create an avatar here

By tapping on the new option, users will be able to create their own animated avatar. The most important thing is that no gender option has been given to start the process. Users get the option to customize the face and skin tone directly.

After this, there will be a lot of options ranging from hairstyle and color, eyes-nose shape and face shape to glasses, from which users can select the appropriate option according to their appearance. Apart from this, the makeup option is also given.

Will be able to choose the outfit

If you want to match any detail of the face, then when creating an avatar, a mirror option is also given in the top right. Tapping on it will open the front camera and you will be able to make necessary changes in the avatar by looking at your own face. Not only this, soon the users will be given more new options of customization, with the help of which the users can also choose their outfits.

Can be used as a sticker

At present, limited options are available only in the case of outfits. After creating an avatar, you will find the Avatars’ option in the menu of the Facebook app. The funny thing is that you will be able to use the avatar as a sticker even during chatting and comments.